Christians have always been people of dual citizenship (Phil 3:20). While it is true that this world is not our ultimate home, it is also true that we are pilgrims here for a time (1 Pet 1:1; 2:11).  There is a tension we often feel between our relationship with the current world and the world to come. We want to go to glory and be with God forever, but in the meantime, we struggle with how to make things work while we are here under the government of man.

Some Christians are simply too invested in the kingdoms of men. Some Christians are overly concerned with politics, elections, and public policy. We should keep in mind that there is only one eternal kingdom and that all other kingdoms will one day vanish and be destroyed (Dan 2:44; 1 Cor 15:24).

To acknowledge this reality is not pessimism, it’s simply the truth. Still, there are others who mistakenly think that we should have no concern or involvement with the current world or the direction of whichever country in which we find ourselves. Christians are not just saved from the world; we are also saved for the world (John 20:21). A complete hands-off approach may be convenient, but is it biblical?

Although an infatuation with politics is not the answer, total disengagement is not an option for the Christian either. The Bible has something to say about our involvement and treatment of those in positions of power. The scriptures do not command us to grovel at the feet of earthly leaders in worship (Acts 10:25-26; Rev 19:10).

Neither do the scriptures let us get away with a nonchalant attitude toward those who are the “servants of God” (Rom 13:4). Sometimes we want too much from our government and other times we do not want enough. Here are a few things that every Christian should want for and from their government.

Freedom to Live for God

Paul wrote to Timothy about how he should behave in the church of God (1 Tim 3:15). One of the things included in his instructions to Timothy was that prayers should be offered for every one (1 Tim 2:1). Paul specifies that prayers should be made for kings and for all that are in authority so that Christians can live a quiet and peaceful life (1 Tim 2:3). Paul wanted Timothy and the men who led the public prayers to pray for government officials so that Christians could live a life of peace (see Jer 29:7).

Paul does not want Christians to pray for times of peace so that Christians can relax and coast through life. The peace that we hope to be afforded by government officials is supposed to lead to us furthering the gospel (1 Tim 2:4; see 2 Thess 3:1). Sometimes we praise God for freedom to worship without fear and without the threat of danger, but are we capitalizing on the times of peace that have been given to us?

Christians should pray that the government operates in a way that allows them to lead a quiet and peaceful life so that we can live the lives God wants us to live, and so that we can carry out the business of our true king (see Ezra 6:8-10). At the end of 1 Timothy 2:2, Paul says our desire is to be able to live in a dignified way (NASB). We should be praying that our government operates in such a way that it does not interfere with us living for God (Titus 2:7-8).

Christians are commanded to leave vengeance to God and to not take matters into their own hands (Rom 12:19-21). But this doesn’t mean that we should be indifferent toward evil or unrighteousness. God will repay or punish evil and it is not wrong for Christians to desire that this take place (see Rev. 6:9-10). One of the ways God will punish the wicked will be at the resurrection on the last day (John 5:28-29).

However, God is punishing evil now on occasion and one of the ways this is done is through government officials. God instituted government (Rom 13:1), and it is meant to be God’s avengers on those who do evil—to carry out God’s wrath on evildoers (Rom 13:4). While those in positions of power do not always do this well, we should desire that they do.

This is one of the major roles that God has given to the government. Those who are doing wrong should be held accountable. As Jesus defended his innocence, he implied that if he were guilty of wrong it would not be improper for the soldiers to take him forcefully (see Matt 26:55). Christians should desire that their government is impartial in punishing—to varying degrees—those who are responsible for breaking the law.

We must not buy into the idea that, since the world is wicked and evil will always be here, we should therefore not care if sin runs rampant and unchecked. It is true that the world is evil (1 John 5:19). It is true that sin will be here until God exterminates it (2 Pet 3:10). But it is also true that we should want God’s will done on earth just like it is in heaven (Matt 6:10).

One of the main reasons why the punishing of evil matters to Christians is not because we are bloodthirsty people, but because if evil is not dealt with it can potentially hinder the progress of the gospel (Rom 15:30-31; 2 Thess 3:1-2).

God commissions those in power to punish the evil, but he also clearly states that they are not to harm the innocent (Rom 13:3). Rulers should react to those with good conduct with protection and freedom. Whenever a government is punishing the innocent or failing to protect them from evil, they are not operating as God intended.

John told soldiers to be sure they did not abuse their power and they needed to be content with their wages (Luke 3:14). In an effort to instill fear in others, or to climb the societal ladder they could not abuse the power loaned to them by God. Christians should desire that their government protects the innocent.

When we think of how this applies in American culture, our minds immediately think of abortion, and rightly so. God hates the shedding of innocent blood (Prov 6:17). We should not accept that abortion is the legalized norm in our country. The government should protect the innocent, not execute them. After all, who is more innocent than a child in the womb (see Rom 9:11)? Still, we should not limit the application of Romans 13:3 to only those in the womb.

Every government should protect all of the innocent. Governments will be held accountable for administering the death penalty to those who were actually innocent of the crimes they were executed for allegedly committing. When a police officer uses deadly force and takes the life of someone who was not a deadly threat, God disapproves of this behavior and so should Christians.

The innocent in society should not quake in fear of those whom God has placed in power to protect them. The innocent should not be harassed, jailed, or mistreated by the authorities. Even though we know no earthly system is perfect, Christians should not throw up their hands and say, “that’s just the way it is.”

Paul appealed to Caesar because he felt he could be fairly tried and protected from the wicked Jewish leaders who wanted to kill him (Acts 25:10-11). Christians should desire a government that consistently treats people properly. Governing officials should discipline the evil and defend the innocent.

Many times, when it comes to voting, Christians say, “I do not care about the politician’s morality. I do not vote for the person, but for his/her policies.”  This is both a sad and unbiblical admission. When Paul mentioned praying for those in power (and all people) in 1 Timothy 2:1-3, he concluded by saying that God wants everyone to be saved (1 Tim 2:4). He continued by mentioning that Jesus gave himself as a ransom for all, including worldly leaders (1 Tim 2:5-6).

Paul’s point is clear, we should not only want our governing officials to rule in such a way that we can lead a godly life, but we should—like God—desire that they become Christians. If leaders help us live a tranquil life when they are heathens, imagine how things could improve if they were actually Christians.

The goal is not to convert politicians just for policy’s sake, but because they have an eternal soul and they will be judged by God just like everybody else (2 Cor 5:10-11). If God wants everyone to be saved, we should desire the same, even for our political leaders (2 Pet 3:9). Paul practiced what he preached and even converted some in Caesar’s household (Phil 1:12-13; 4:22). Every Christian should desire that every government leader become a Christian (see Acts 26:29).

The Christian’s ultimate goal is to live for God and to preach the gospel as we attempt to reconcile men and women to God (2 Cor 5:19-21). We should want the things mentioned above from our government because God desires it and because it helps us accomplish our ultimate goal. I have purposely said very little in this article about voting because the New Testament does not mention it. If Christians choose to vote that is their choice.

I am not against voting as a way to exercise our influence, but neither am I convinced it is the best or only way to do so. Regardless of whether or not we vote, our desire for the government should be the same. Christians must be those who pray fervently for their leaders (1 Tim 2:1-3) and those who submit to those in power (Rom 13:1-5; 1 Pet 2:13-17). We should be honorable citizens who pay our taxes (Matt 22:21; Rom 13:6-8). Christians should not speak evil of those in positions of power (Titus 3:1-2).

As Christians, we should not lose our minds every four years when an election cycle rolls around. We must have our minds transformed by the gospel of Christ (Rom 12:2). This world is not our home and Caesar is not our king. We can take refuge in the fact that one day the only kingdom left will be the kingdom of Christ (Rev 11:15). Nevertheless, we cannot hide away in our church buildings and ignore the government altogether—we have a responsibility. Let us desire what God desires for our government, and may our strongest desire be for the return and eternal reign of Christ (Rev 22:20)! 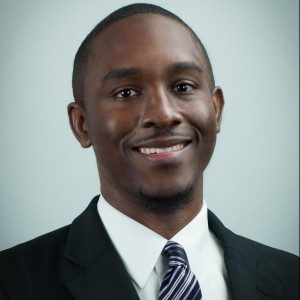 Why Christians Shouldn’t Be Fearful